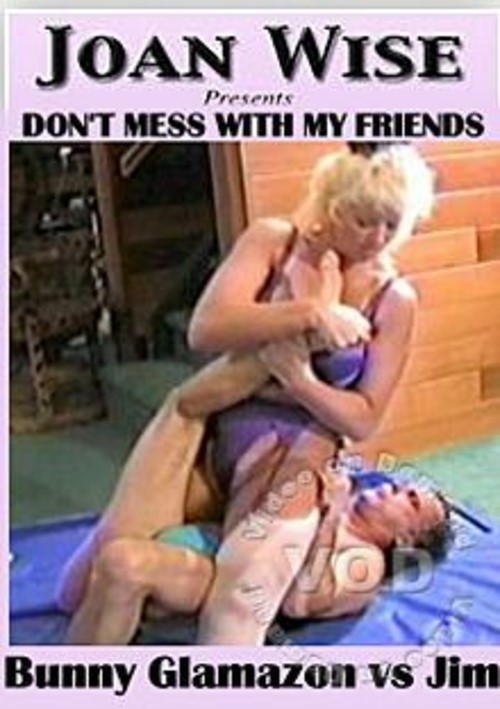 Don&#39;t Mess With My Friends - Bunny Glamazon Vs Jim
At 200 lbs. and a height of six foot three, Bunny Glamazon is simply too much woman for anyone, male or female, to take her down. She'll take on the massively outclassed, Jim. Gleefully, the beautiful blonde Amazon uses her powerful body to crush the life out of him, and squeezes him half to death with her awesome thighs and her super huge tits, peach press her small foe into semi-unconsciousness and the onslaught continues as she lifts and throws Jim around like a baby. Painful surfboard, a double hammerlock, sleeper hold, and macho man is in deep trouble as he begs for his life, but no such luck as 200 pounds of glorious woman now lands on his face and face sitting which leaves him more dead than alive becomes the name of the game, pumping her huge, shapely ass on his face serves to turn our heroine on, and is she ever having the time of her life. More suffocating peach presses, punishing neck and head scissors, and now standing full weight on her victim, she also bounces up and down on his prone body. A final cunny on face, and a rear face sit which almost kills him, and when the super woman proclaims, "I don't play. If there's a man or woman who wants to try me, come on." We realize she's not fooling.